Why invest in Eva?

Eva simultaneously runs over 10,000 campaigns for advertisers with highly diverse goals delivering reports down to granular details, as well as custom reports. Every dollar of ad spend is 100% viewable and trackable.

Eva responds to bid requests within 100 milliseconds, while handling 300,000 bid requests a second. She is continuously and autonomously optimizing, removing the danger of human lag on underperforming campaigns to deliver superior return on ad spend.

Eva incorporates clients’ first-party data and matches audience to third-party data sources. This combined with Eva AI’s deeper contextual and therefore predictive understanding of each consumer is an unbeatable combination. 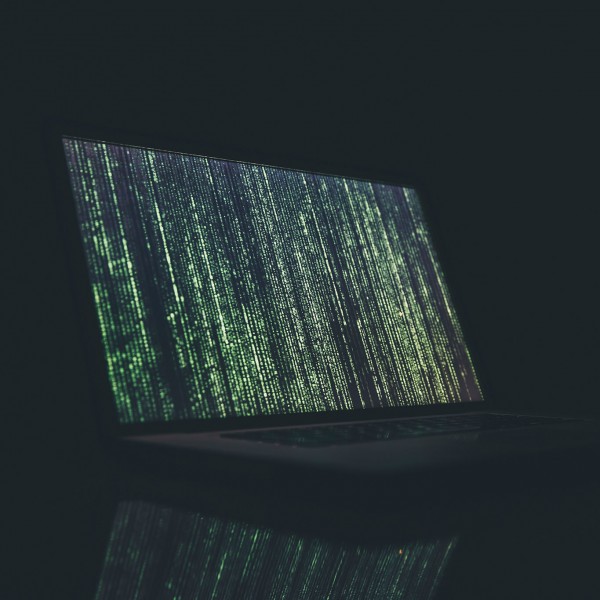 Eva handles 300,000 ad bid requests a second, responding to each bid in 100 milliseconds. She’s not human.

There are tens of billions of daily trades across all global advertising exchanges. If your DSP provider isn’t as fast as Eva, you’re losing money on your ad spend.

Eva responds to each bid request within 100 milliseconds. She currently handles 300,000 bid requests a second. And for the geeks out there, we build user profile matrix trees to feed Eva real-time data. Eva is completely dockerized and is horizontally scaleable. Our infrastructure supports over 25,000 CPU cores in eight data centers and houses 15 petabytes of data. 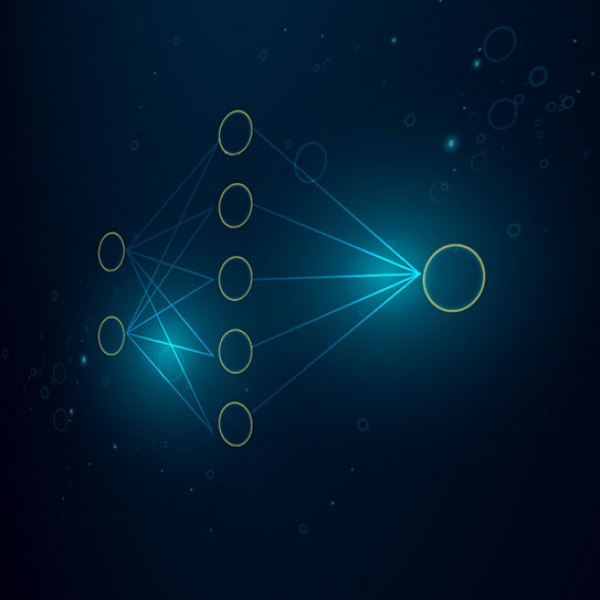 “Eva is a custom built Artificial Neural Network, ANN for short. This ANN not only lets Eva think, but feel. She incorporates billions of pieces of information about individuals including context that affects them. This combined evaluation then influences the type of ads Eva determines will convert for each particular person.”

Why now?
Advertisers are demanding it.

Jupiter Research, ‘The Impact of AI for Digital Advertisers’, 2019

Eva is an AI platform custom built from the ground up, not a feature added to a legacy platform like our competitors.

Eva has 20,000+ high-quality direct publishers not just network traffic like many competitors.

More efficient and less expensive than competitors with a return on ad spend up to 40% higher than our closest competitor.

Local agency clients in US

National agency clients in US

Processing 29 billion US searches per month

Number of display impressions per day

Reach through retargeting across the web

By fully exploiting Eva’s superior AI today, we are already where competitive DSPs are aiming to be tomorrow.

Assuming only US market size
$129.34 billion

The credentials of the computer scientists, marketers, and business specialists that created and continue to build Eva. 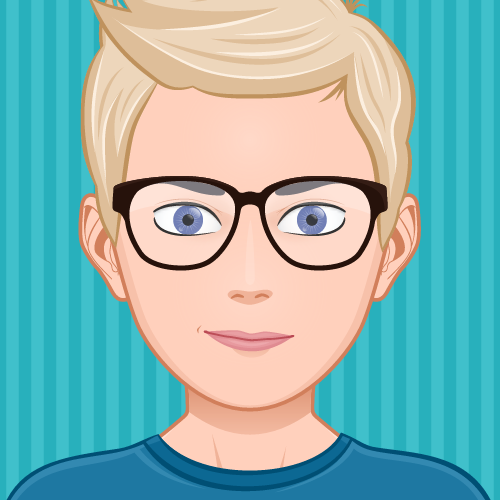 David has a lifetime software obsession and over 20-years experience in software development. As Eva’s CEO and Chief Science Officer David has led the company to service the likes of Fortune 100 companies managing 100 million display impressions every day across the 192 countries Eva now reaches. In October 2021 David brought Eva public with the purpose to end human ad fraud, lag, and error in the $333 billion digital media buying industry.

David graduated from University of Waterloo, Canada’s premier technology institute, with a BSc Computer Science. He quickly found himself immersed in the corporate tech world, developing mobile applications for RIM Blackberry located in Waterloo. While in Canada’s version of Silicon Valley, he then went to ATS Automation where he developed a global MRP system that ran at multiple plants around the world connected real-time using web services which resulted in reducing late shipments by 40%.

David then moved on to LiveHive Systems where he led a team of developers creating the NanoGaming and TVClickr platforms — real-time two screen interactive software systems allowing users to play along as they watch their favorite sports. TVClickr attracted Nascar, ESPN, Global TV, CNN, The Score, CBC, NHL, MLSE, NBC Beijing Olympics, and NBA, to name a few. While at LiveHive he further developed Nanolytics — a framework that tracks user interactions within TVClickr.

Next he became CTO at Bigdnet where David led a team building a demand side platform (DSP) from the ground up. A system that was horizontally scalable with each node capable of handling 15,000 queries per second. 500 mobile applications developed in-house were Integrated into the DSP. As the driving force, he bootstrapped the company from zero to $6 million yearly revenue in 3 years with no initial outside funding. Clients included many fortune 500 companies such as Toyota, P&G, and Gatorade.

David was then recruited to Boston Consulting Group Digital Ventures in California, as Venture CTO, where he led a team of engineers to build out Minimal Viable Products (MVP) products for corporate clients looking to go to market with never-before-released Internet Of Things (IOT) solutions.

A seasoned executive, David gained an expertise in every important software language including NoSQL. He’s an Ai pioneer. A natural born innovator. All of this combined with his background in developing advertising technology led naturally to developing the Eva Ai driven digital media platform. 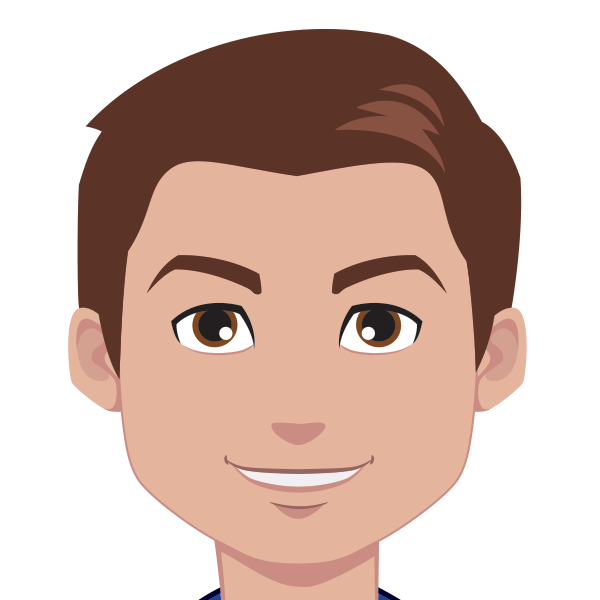 Extensive expertise in Operations and Business Development throughout a variety of Public, Government and Private sectors.

Focus on operational efficiency and excellence along with customer relations, sales and acquisitions.

Experienced in launching IPO’s in the media and digital marketing space. 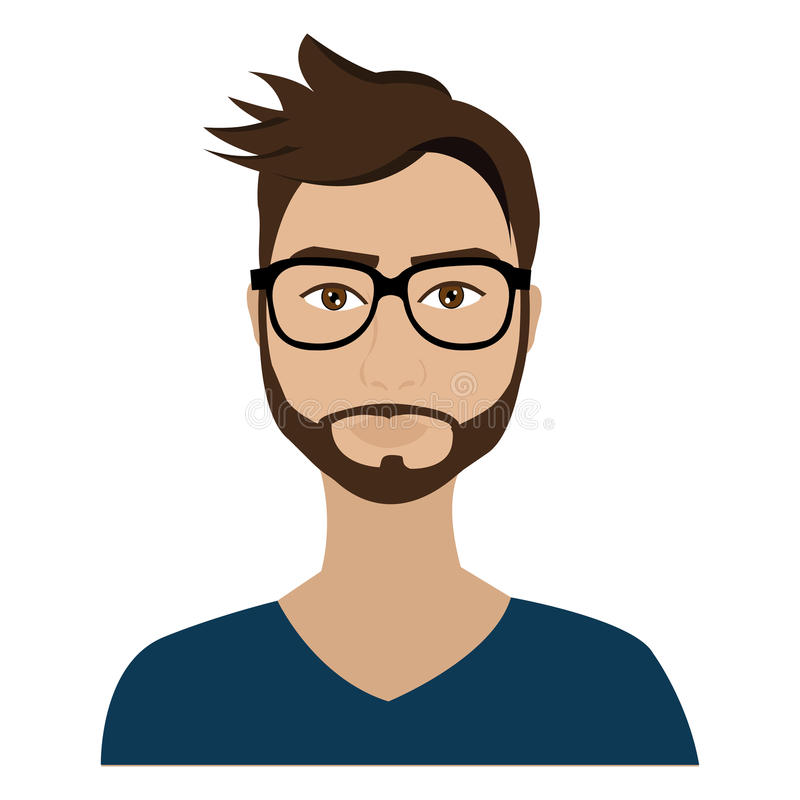 Worked for NASDAQ listed ValueClick Inc., building the partnership division for PriceRunner, one of the EU’s largest price comparison engines.

6 reasons to invest in Eva.

Eva is unique and differentiated

Eva AI solves critical problems and creates new opportunities within the digital media space. With smarter Artificial Intelligence, Eva is evolving digital media with a deeper contextual and therefore predictive understanding of each consumer. This along with the ability to incorporate first party data and automated decision making puts Eva ahead of the curve where 75% of competitive DSPs are aiming to be by 2023.

Eva is not a startup

The company has been in revenue since 2015. We’ve secured partnerships with the big 3 publishers — Google, Facebook, and Amazon — as well as over 20,000 vertical publishers, all together covering 192 countries. We have 40 of Fortune’s top 100 companies, 70 of Advertising Age’s 100 leading national advertisers, and 10,000 local as well as 5,000 national ad agencies as customers. With a 98% reach through retargeting across the web, 100 million display impressions per day, and processing over 11 billion local searches per month, Eva is already a competitive threat and disruptor to the category.

Advertisers will lose $42 billion to ad fraud in 2019. A 21% increase over the previous year. This is predicted to rise to $100 billion by 2023.³ Eva’s proprietary Fraud Fence algorithm and logic prevents ad fraud, potentially saving advertisers more than a quarter of their budget and buy.

Unlike the competition, Eva is positioned as a superior AI-driven DSP. VCs plowed a record $9.3 billion into AI startups last year with funding of AI companies soaring 72%, hitting a record according to a new report from PwC and CB Insights. According to Gartner, global AI derived business value will reach nearly $3.9 trillion by 2022. Clearly, AI is leading the pack in tech investment and valuation.

The computer scientists, marketers, and business specialists that created Eva and founded the company, continue to improve the technology and are fully committed to growing the company exponentially.

Given the above, Eva anticipates up to 40% better performance at more competitive rates versus competition.

We are listed on the OTC market under the ticker GOAI. We can been found on all the major trading platforms.

Forward-looking statements include statements about: our estimates of product sales, future costs and expenses, revenue and profitability; trends affecting marketing and advertising spends; trends affecting our financial condition and results of operations; our ability to attract and retain customers or achieve our targeted customer capacity; the availability anwwd terms of capital financing; our ability to deliver our products and/or services on schedule; development of new product initiatives to enhance our brand; industry trends and the competitive environment; the impact of losing one or more senior executive and/or failing to attract additional key personnel; and other factors referenced in this document. In some cases, you can identify forward-looking statements by terms such as “anticipates,” “believes,” “could,” “estimates,” “expects,” “intends,” “may,” “plans,” “potential,” “predicts,” “projects,” “should,” “will,” “would,” and similar expressions intended to identify forward-looking statements. Forward-looking statements reflect our current views with respect to future events are based on assumptions and are subject to risks and uncertainties. Given these uncertainties, you should not place undue reliance on these forward-looking statements.

Also, forward-looking statements represent our estimates and assumptions only as of the date of this document. You should read this document and the documents that we reference completely and with the understanding that our actual future results may be materially different from what we expect. Additional factors that may cause actual results to differ from those anticipated are discussed throughout the Company’s SEC Form S1 filed December 2019, with the Securities and Exchange Commission and should be reviewed and considered carefully as well as the Company’s other reports filed with the United States Securities and Exchange Commission and are available at http://www.sec.gov/ as well as the Company’s web site at www.eva.live. You are cautioned not to place undue reliance on these forward-looking statements, which speak only as of the date of this presentation. All forward-looking statements are qualified in their entirety by this cautionary statement. The Company undertakes no obligation to update or revise forward-looking statements to reflect changed assumptions, the occurrence of unanticipated events or changes to future operating results. No securities regulatory authority has expressed an opinion about Eva’s securities and it is an offense to claim otherwise. This document does not constitute a public offering of Eva Media Corp. securities. Last updated December 16, 2019.

Disclaimer: Various claims regarding the number of publishers, customers, agency partners are counted via our third party partnerships. We are in no way claiming that these customers have direct relationships with Eva. Our third party partnerships via Yahoo, Microsoft, and Google represent the majority of these claims. Claims surrounding number of impressions per day or available inventory are counted by total amount of traffic available from all publishers assuming we were accepting the max queries per second they can provide. When we claim to serve 40 fortune 500 companies this claim is made through various third party partnerships. Our claim of 70 Advertising Age’s top 100 national advertisers is made via an estimation of our third part partnerships. Changes to the terms or site: Eva may change or modify the Terms from time-to-time without notice other than posting the amended Terms on the Site. The amended Terms will automatically be effective when posted on our Site. Your continued use of our Site after any changes in these Terms shall constitute your consent to such changes. Eva reserves the right to change, modify or discontinue, temporarily or permanently, the Site (or any portion thereof), including any and all content contained on the Site, at any time without notice. You agree that Eva shall not be liable to you or to any third party for any modification, suspension or discontinuance of the Site (or any portion thereof). Third-party products and services: Parties other than Eva may offer and provide products and services on or through the Site. Except for Eva branded information, products or services that are identified as being supplied by Eva, Eva does not operate, control, or endorse any information, products, or services on the Site or accessible through the Site in any way. Eva is not responsible for examining or evaluating, and Eva does not warrant the offerings of, any of these businesses or individuals or the content of their websites. Eva does not assume any responsibility or liability for the actions, product, and content of all these and any other third parties. You should carefully review their privacy statements and other conditions of use.